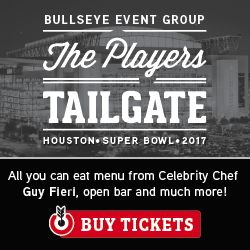 Get ready for the ultimate tailgate experience at Super Bowl LI in 2017!

Bullseye Event Group’s exclusive Players Tailgate at the Super Bowl has earned the reputation as the best Super Bowl pre-game experience, where over 25 active NFL players, celebrities and guests eat, drink and get entertained before the big game. Described as a culinary experience in itself, The Players Tailgate features an OPEN premium bar and ALL-YOU-CAN-EAT dining with gourmet dishes. The 2017 Tailgate menu will be created by Celebrity Chefs Guy Fieri, Aaron May, Eddie Jackson, Doug Rodriquez, Reno Henriques, Rodolfo Valdes and Pete Blohme (check out all of their bios below). Not to mention Ole Hickory Pits will be on hand with their wood burning bbq pits!

Guests enjoy an indoor/outdoor pavilion lined with private tables and an abundance of soft white leather furniture where you can watch ESPN’s pre-game coverage broadcast on large LED monitors. It is an amazing experience for football fans young and old! This is an all-ages event! When it’s time for the Super Bowl Sunday there isn’t a better option than the Players Tailgate. Not to mention you are 1 1/2 blocks from the Main Entrance to NRG Stadium.

Take a look at the video from the 2016 Players Tailgate in San Francisco for Super Bowl 50 to get an idea of what’s in store.

Guy Fieri, the most recognizable Chef in America, will be creating an exclusive all-you-can-eat menu for The Players Tailgate attendees again in Houston for the 2017 Super Bowl.

Guy Fieri can be seen on television almost every day on the Food Network. His shows include Diners, Drive-Ins and Dives, Guy’s Big Bite, Guy Off the Hook, Dinner: Impossible, Guy’s Grocery Games, Rachael vs. Guy: Celebrity Cook-Off, The Next Food Network Star, Ultimate Recipe Showdown, The Best Thing I Ever Ate and Minute to Win It, just to name a few.

With the Guy’s Burger Joint Burger station, Fieri brings his smashed all-beef burgers, with all the fixin’s, SMC (super-melty cheese), served on a garlic-buttered brioche and topped with a Flavortown favorite, donkey sauce.

2017 Chef Eddie Jackson Season 11 winner of the “Next Food Network Star,” Jackson has created a unique style of cooking that combines two of his greatest passions, food and fitness. After retiring from a successful career in the NFL, Jackson took time to tirelessly hone his cooking craft, competing and finishing in the top 6 of Fox’s “MasterChef” in season 4. Jackson can be seen on Food Network’s “BBQ Blitz.” 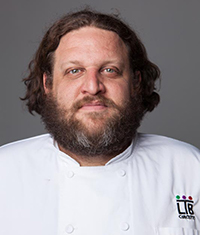 Chef May is classically trained in Paris at the Ecole Ritz Escoffier and is inducted into the Arizona Culinary Hall of Fame in 2010 as a “Chef Extraordinaire.” He has been featured on Food Network’s wildly popular Diners, Drive-Ins and Dives and TLC’s Best Food Ever. His fiercely loyal fan base has recognized him with many local awards, including “Best Tapas” and “Best Speakeasy,” and he has also garnered attention from national publications such as Food & Wine, Condé Nast Traveler, Sunset Magazine and USA Today.

A quick mind and a low threshold for boredom, which goes a long way toward explaining the restaurant empire he’s building. Given his passion for food and irrepressible creativity, is why he is considered one of the top caterers in America. 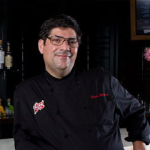 2017 Chef Douglas Rodriquez is the globally acclaimed “Godfather of Nuevo Latino Cuisine,” Douglas Rodriguez has blazed a trail that has inspired popular chefs around the world to take after his culinary creativity. Selected as one of the 100 Americans that will influence the coming millennium in the culinary industry, Rodriguez is one of the distinguished culinary elite to be on the first season of “Top Chef Masters” on Bravo.

Rodriguez can also be seen in a myriad on national publications, such as Food and Wine, Metropolitan Home, Esquire and Bon Appétit. The popular chef has also made numerous television appearances on shows such as The Late Show with David Letterman, Good Morning America, The Today Show and CBS Weekend Morning. 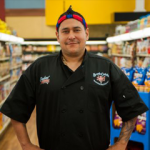 2017 Chef Reno Henriques is the renowned chef and owner of Fresh Catch, an island-style restaraunt specializing in seafood and world-class deli meats, Reno Henriques has created a unique culinary style. Known as the “Poke master of Hawai’i,” Henriques graduated from the Western Culinary institute in Portland, Oregon. After graduation, Henriques chased his dream of preparing delectable seafood dishes, inspired by his childhood next to the ocean, diving and fishing. 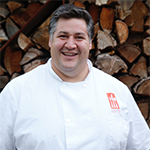 2017 Chef Rodolfo Valdes was born into a family of restauranteurs, Valdes knew from a young age that enjoyed providing people with a good meal. After graduating from the School of Culinary Arts at the Art Institute, Valdes honed his craft while studying at the world renowned Cordon Bleu in Paris, France and London, England.

Valdes is currently executive chef at the Pan Y Agua restaurant group, founded in 2008 with Crave Kitchen & Bar in Cincinnati, OH. Pan Y Agua boasts some of the best restaurants in the country, with four Crave locations, Independent Burger and TI:ME at Montecillo. 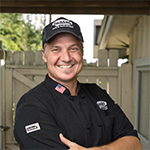 2017 Chef Pete Blohme is the Owner and executive chef of Panini Pete’s Cafe and Bakeshop in Fairhope, Alabama, Pete Blohme has made headlines nationwide. Being featured with Guy Fieri on shows such as Diners, Drive-Ins and Dives and Guy’s Big Bite on Food Network, as well as CMT’s Sweet Home Alabama. 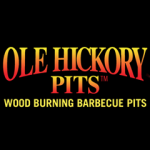 Pioneers in the barbecuing business since 1974, Ole Hickory provides services worldwide, from commercial ventures to small “mom-and-pop” operators. An Ole Hickory BBQ Pit will be set up at the 2017 Players Tailgate to help in the creation of a Texas-sized barbecue feast!

2017 Players Tailgate venue for Super Bowl LI has been announced!

The 2017 venue for The Players Tailgate at Super Bowl LI is in a prime location located only 1 1/2 blocks from the entrance to the Super Bowl at NRG Stadium. Bullseye Event Group will be transforming Mike Calvert Toyota in Houston into one of the hottest pre-game VIP parties.

Pro Bowl Safety and First-team All Pro. First round draft by the Giants after being a unanimous All-American at Alabama. The only player in NFL history to have 100 solo tackles, 2+ sacks, 5+ ints, and 12+ pass deflections.

Marqise played collegiately for USC. He was a unanimous All-American and Biletnikoff Award winner. He was drafted 39th overall in the 2014 draft by the Jaguars.

Pro Bowl and All Pro WR and Return Specialist. Third round draft pick out of Kansas State. He owns the longest rush in history of Century Link Field.

Drafted 5th overall in the 2016 draft by Jacksonville. Was an All-American CB at Florida State. His first NFL interception was in Week 15 in NRG Stadium.

Wide receiver and return specialist for Kansas City Chiefs, fifth-round selection. First player drafted out of West Alabama since 1974. First player since Gale Sayers in 1965 to record a touchdown from a kick return, a catch and a rushing attempt in the same game. AFC Offensive POTW in Week 12.

2017 Pro-bowl selection, second-round pick in 2012. SEC and BCS national champion in 2008 with Florida. Only player in Rams history with two INT’s returned for TD’s in same game.

#12 overall pick in 2013 NFL Draft by the Oakland Raiders, first-team All-Conference USA at University of Houston in 2012.

Second-round draft pick by Kansas City Chiefs in 2012 NFL Draft, has started 36 total games and appeared in 44, including starting all 16 games his rookie season.

Signed as UDFA in 2014, recording 35 receptions and five touchdowns in 2016 with the Raiders.

First-team All-Pac 12 in 2013 at Arizona State, recorded 20 tackles and one interception in first full year of action in 2016.

Appeared in 44 games, starting 39, for the Pittsburgh Steelers from 2012-2015 before becoming starting left tackle for Jacksonville Jaguars in 2016.

Miami Dolphins TE, graduated from University of Minnesota, previously starting quarterback in college before converting to tight end in NFL.

UDFA out of Purdue in 2015, promoted to Texans active roster in 2016. 173 attempts for 949 yards and six touchdowns in final season at Purdue.

Sixth-round pick out of Illinois State by the Green Bay Packers. Started 10 games in 2015, recording 68 tackles and one sack.

Promoted to Titans active roster in 2016, recorded 62 career tackles, 2.5 sacks and three forced fumbles in 48 games at DE for University of Illinois.

Second-round pick out of University of Pittsburgh in 2016 NFL Draft, 54 receptions for 603 yards and one touchdown in rookie season. Totaled 3,308 yards and 21 receiving touchdowns throughout his college career at Pitt. 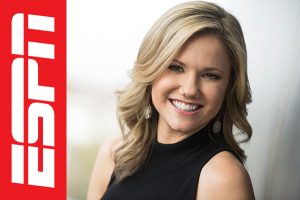 Aside from her hosting and reporting duties at ESPN, Sire also has a passion for food. Sire was the official host of the 2016 NYC Wine and Food Festival, and has described herself as a self-proclaimed “foodie,” making her the perfect fit for the 2017 Players Tailgate at Super Bowl LI. 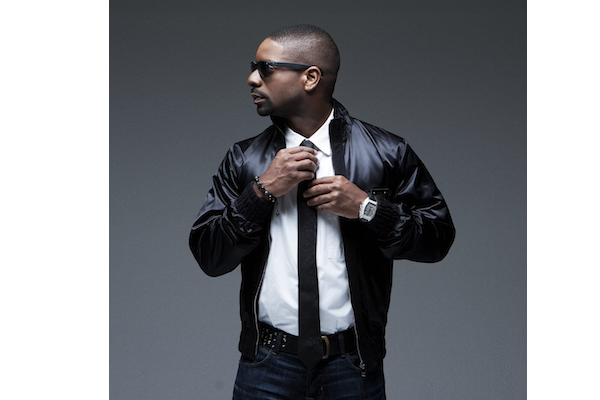 As the first professional sports franchise DJ in the United States, DJ Irie is the official DJ of some of the most iconic brands in the world, such as Carnival Cruise Lines, the Miami Heat, Target, Mountain Dew Kickstart, Evian, Jamie Foxx and more, making himself one of the most established DJ’s in the industry.

At the 2017 Players Tailgate at Super Bowl LI, DJ Irie will be providing his world-class entertainment to help set the stage for the biggest and best pre-game tailgate in Houston before Super Bowl LI.