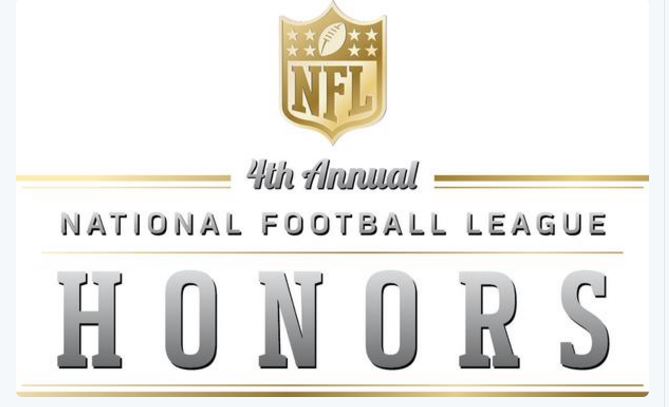 Conan O’Brien, Emmy award-winning comedian and late night talk show host, will take the stage as host of NFL HONORS on Saturday, Feb. 6 at the Bill Graham Civic Auditorium in San Francisco. The two-hour primetime awards special recognizing the NFL’s best players, performances and plays from the 2015 season will air nationally at 9 PM ET/PT on CBS.

O’Brien, an avid New England Patriots fan, is host of the late-night show “CONAN,” on TBS. “CONAN” has a strong influence in both the broadcast and digital space, with clips from the show often going viral. His recent historic trips to Cuba and Armenia were marked with both critical and ratings success.

A Harvard graduate and two-time president of the venerable and notorious Harvard Lampoon, O’Brien has a resume that also includes writing and producing roles with “Not Necessarily the News,” “Saturday Night Live” and “The Simpsons.”

He succeeded David Letterman as the host of “Late Night” on NBC in 1993. During his time at “Late Night,” O’Brien and his writing team received ten consecutive Emmy nominations for Outstanding Writing in a Comedy or Variety Series, winning the prestigious award in 2007. O’Brien and the “Late Night” writing staff also won six Writers Guild Awards for Best Writing in a Comedy/Variety Series, including two consecutive wins in 2002 and 2003.

“NFL Honors,” which debuted in Indianapolis in 2012, is an annual event hosted from the Super Bowlcity the evening before the AFC and NFC champions meet. O’Brien joins Alec Baldwin and Seth Meyers on the list of award-winning celebrities to host the NFL’s awards show.

The show includes the announcement of THE ASSOCIATED PRESS’ annual accolades and the newest PRO FOOTBALL HALL OF FAME class.

The full list of awards that will be presented:

Walter Payton NFL Man of the Year presented by Nationwide

AP Coach of the Year presented by Lenovo

AP Comeback Player of the Year

AP Offensive Player of the Year presented by Microsoft

AP Defensive Player of the Year

AP Offensive Rookie of the Year

AP Defensive Rookie of the Year

Bridgestone Performance Play of the Year

NFL.com Fantasy Player of the Year presented by SAP

Courtyard’s Greatness on the Road Award

Clutch Performer of the Year presented by Castrol

“NFL Honors” is an NFL Network production in association with Rock Garden Media. For more information about “NFL Honors” fans may visit http://www.nfl.com/honors and follow the #NFLHonors conversation on Twitter.