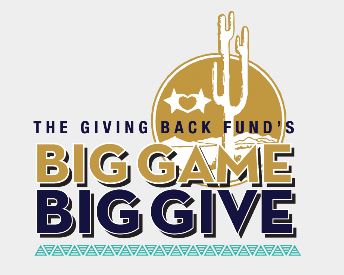 The 2015 BGBG will be held at the private estate of the 2014 MLB National League Manager of the Year Matt Williams and his wife, former television broadcaster, Erika Williams in Paradise Valley, AZ. Matt is the only current or former MLB player to hit at least one World Series home run for three different Major League baseball teams (Giants, Indians and Diamondbacks).
Actor Mark Wahlberg and Director Michael Bay have agreed to co-host the 2015 BGBG.

The Giving Back Fund
The Giving Back Fund (GBF) is a national public charity that provides expert philanthropic consulting and management services to all types of charitable vehicles, as well as establishes donor-advised funds and fiscally sponsored projects. In addition to providing infrastructure and administrative support, GBF helps donors and projects develop and execute effective, efficient, and strategic charitable giving programs. Since our founding in 1997, GBF has created an important niche in expanding and diversifying high-profile, high-impact philanthropy. For additional information, please visit www.givingback.org.
​
Boys & Girls Clubs of Metro Phoenix
The Boys & Girls Clubs of Metro Phoenix provides after-school and summer programs for youth in some of the Valley’s most deserving neighborhoods. Our programs focus on four key areas: Academic Success, Healthy Choices, Be Great-Do Good and Fun with a Purpose, providing youth with the tools they need to enjoy childhood and become successful adults. Every year, thousands of children and teens benefit from programs through our 12 clubhouses, outreach services in the community and children’s dental clinic. For more information about the Boys & Girls Clubs of Metro Phoenix follow us on Twitter @bgcmp or visit www.bgcmp.org.

Guests are invited to purchase tickets at $2,500 each. Some ticket packages that include Super Bowl tickets are available. To inquire about the purchase of a ticket, click here.