LUDACRIS & BUSTA RHYMES AT THE WARFIELD

TICKETS FOR THIS EVENT ARE 50% OFF UNTIL WEDNESDAY, FEBRUARY 3 AT NOON! 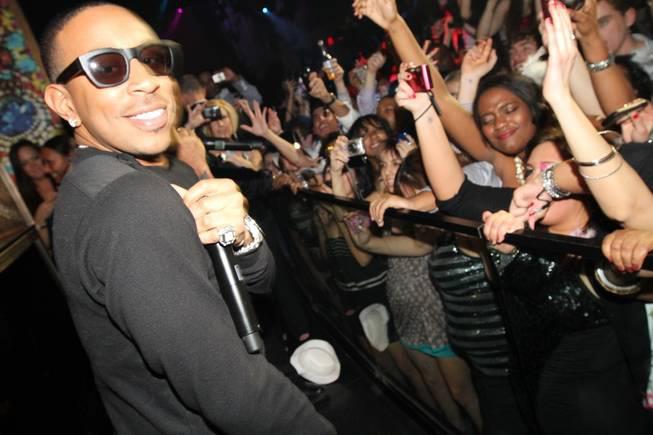 Discover why Ludacris, along with other eminent figures such as Oprah Winfrey and Warren Buffet, has been named one of today’s amost effective influencers on American culture. Mark your calendar for February 6th and be sure to check out Ludacris at the Warfield in an epic Saturday night show with Busta Rhymes and DJ Supreme, hosted by Q 102’s Mia Amor and HoodRat Miquel. Doors open at 7pm! For more information, please check out the ticket link.

Recording artist, actor, philanthropist, restaurateur…just a few of the befitting titles for Chris “Ludacris” Bridges, who first gained worldwide acclaim more than 10 years ago with his debut album, Back for the First Time (2000). Ever since, his unrivaled lyrical prowess, dynamic performances and timeless hits including “Stand Up,” “Get Back,”, “Number One Spot,” “Money Maker,” and “My Chick Bad,” have solidified him as one of music’s best entertainers and led to the sale of more than 20 million albums domestically.

With the 2013 release of LUDAVERSAL, fans can look forward to more great music from Ludacris. In addition to immense commercial success, Ludacris’ consistent output of stellar music has garnered the admiration of his peers, as well as numerous awards and honors including three Grammys.

Busta Rhymes is an American hip hop recording artist. Chuck D of Public Enemy gave him the moniker Busta Rhymes, after NFL wide receiver George “Buster” Rhymes.  Early in his career, he was known for his wild style and fashion, and today is best known for his intricate rapping technique, which involves rapping at a fast rate with a lot of internal rhyme and half rhyme, and to date has received eleven Grammy nominations for his musical work.

About.com included him on its list of the 50 Greatest MCs of Our Time (1987–2007), while Steve Huey of AllMusic called him one of the best and most prolific rappers of the 1990s. In 2012, The Source placed him on their list of the Top 50 Lyricists of All Time. MTV has called him “one of hip-hop’s greatest visual artists.”

Saturday, February 6 – from 8PM until 2AM