Super Sunday HQ, the world’s leading guide to star-studded Super Bowl Parties, recently launched a Kickstarter Campaign to fund Video Production with some highlights during its 9-year run covering Super Bowl events. In the Kickstarter video, viewers can see the uncomfortable moment during Jeff Townsend’s interview with Adrian Peterson at his charity event at the Hotel Zaza in Dallas in 2011. 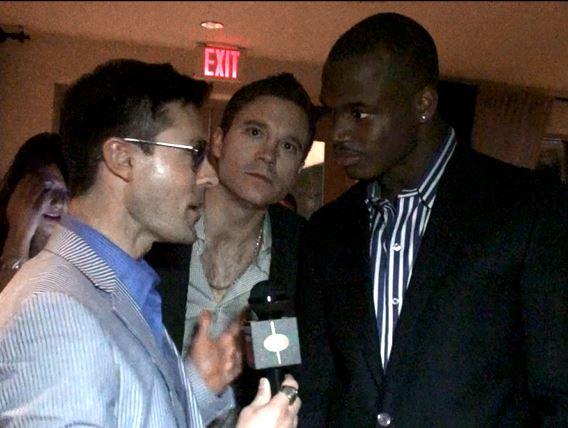 Adrian Peterson, who was gracious during his interview with Super Sunday HQ, is unfortunately is out of the playoffs. Regarding his plans for the offseason, Adrian Peterson told ESPN recently, “The first thing that comes to mind is making sure that I put emphasis on protecting the ball. That’s going to be my number one objective going into this offseason,” Peterson said. “Because you take things for granted — I’ve joked around and said, ‘Yeah I done put the ball on the turf but how many have I lost? There’s guys that have lost more fumbles than me this year.’ But when it comes back and it bites you in this type of way, it’s something I want to put an emphasis on for this offseason. So that’s going to be the main thing overall, just being a better player and a better fit for this offense, as well.”

Super Sunday HQ has three platforms for power users at the Super Bowl: