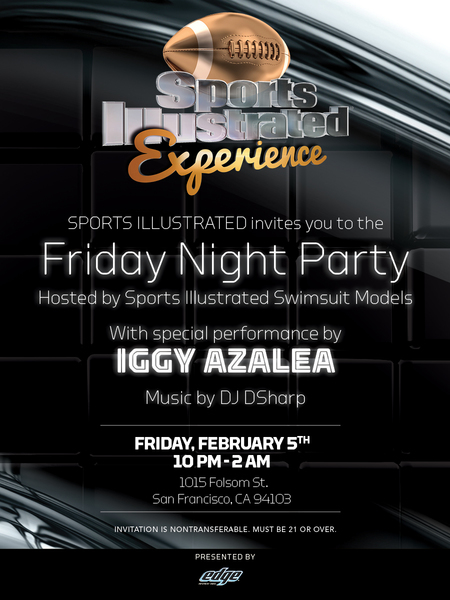 GET YOUR TICKETS HERE!

As part of the SI Experience for Super Bowl 50, Sports Illustrated is throwing a VIP party on Friday night at 1015 Folsom in San Francisco. SI swimsuit models Nina Agdal and Samantha Hoopes will host the event, which will also include a special musical performance by rapper Iggy Azalea.

DJ DSharp will provide music for the night, which kicks off at 10 p.m. PT and ends at 2 a.m. For information about ticket packages to the party, click here. 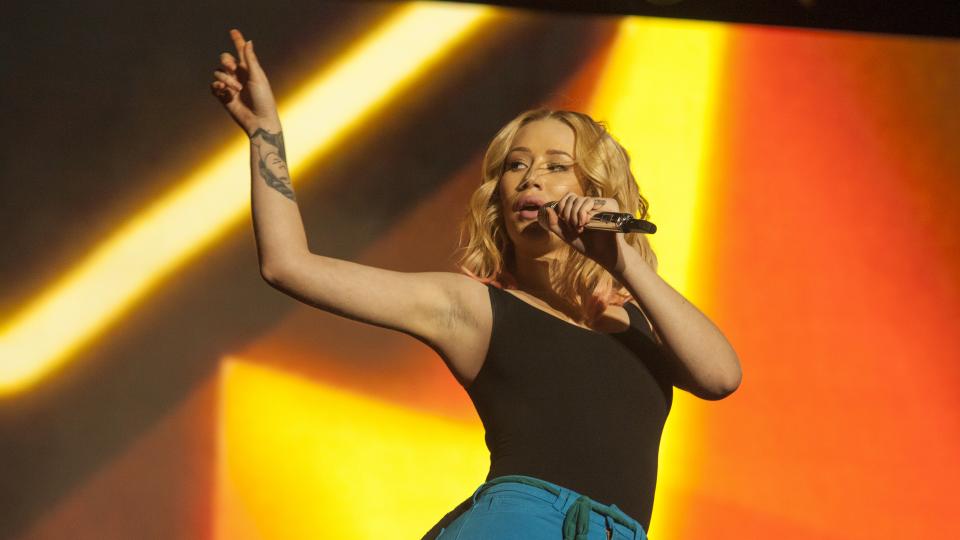 In one of the more unlikely crossover success stories, blonde Australian beauty Iggy Azalea (born Amethyst Amelia Kelly) segued from a high-profile modeling career to become a Southern hip-hop star. Influenced in her childhood by Missy Elliott, TLC, and Tupac Shakur, she moved to the States in 2006 at age 16, stating that she was drawn to the birthplace of rap. Moving from Miami to Houston to Atlanta, she absorbed the Southern-style drawl of her surroundings and released a trap-inspired mixtape titled Ignorant Art in 2011, shortly after relocating to Los Angeles.

In spring of 2012, she signed to Wilhelmina Models International and pursued modeling full-time, landing a job as the “New Face of Levi’s Jeans.” Later that year, her musical stock skyrocketed when XXL Magazine put her on the cover of their annual Top Ten Freshman issue alongside Danny Brown, Roscoe Dash, and French Montana. As the first female, non-American rapper to make the list, serious hip-hop fans took notice, including Diplo, who hooked up with Azalea for her follow-up mixtape, TrapGold, before she signed to Mercury Records for her official early 2014 debut, The New Classic.