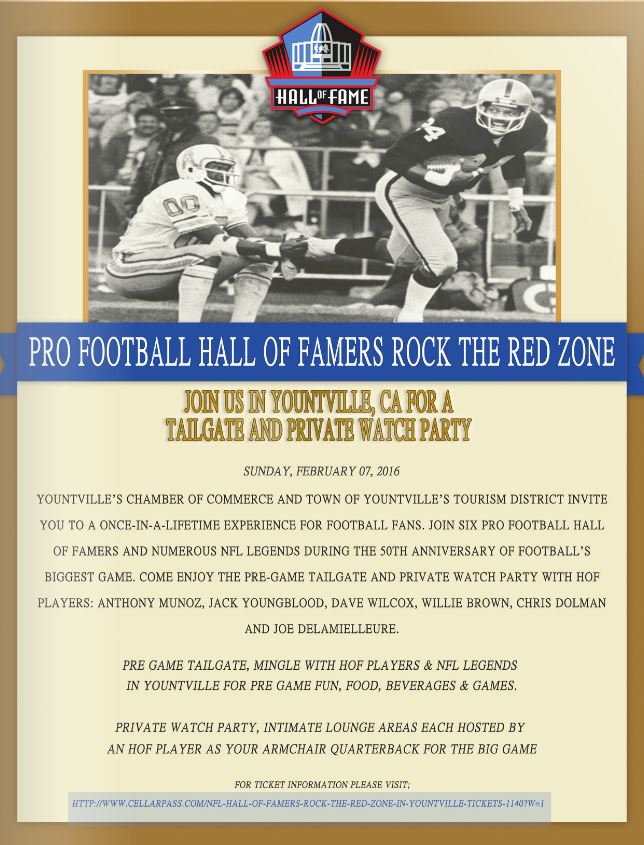 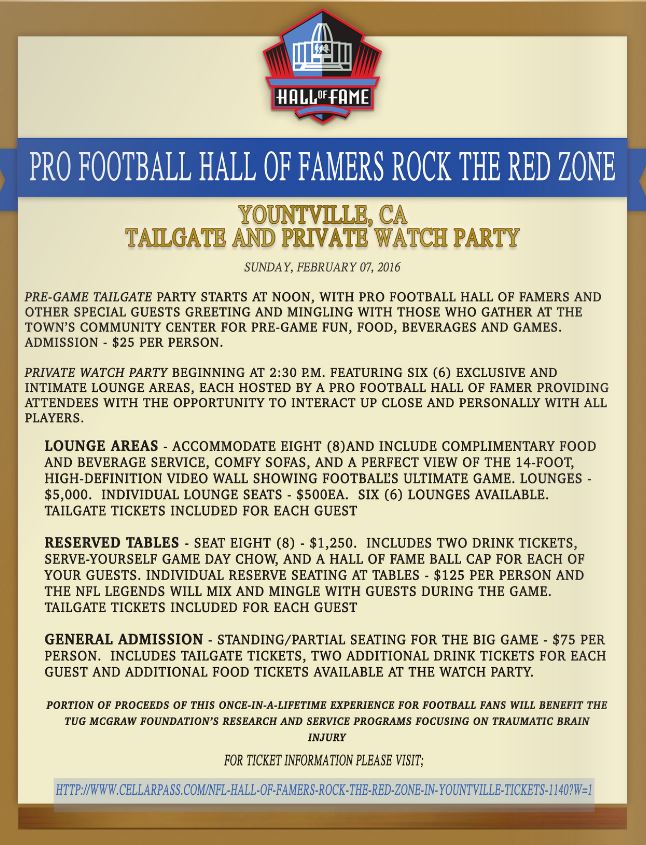 The private Watch Party beginning at 2:30 P.M. will feature six exclusive and intimate lounge areas, each hosted by a Pro Football Hall of Famer including – Anthony Munoz, Jack Youngblood, Dave Wilcox, Willie Brown, Chris Dolman, and Joe DeLamielleure— providing attendees with the opportunity to interact with the players up close and personally.

Lounges include complimentary food and beverage service, comfy sofas, and a perfect view of the 14-foot, high-definition video wall showing football’s ultimate game. The first person to purchase an entire lounge will receive an authentic autographed Hall of Fame football. Lounges accommodate eight (8) and may be purchased for $5,000.  Individual lounge seats are $500 each.  There are only six lounges available.

In addition to the lounge areas, there will be reserve tables for eight, each available for buy-out at $1,250.  Table guests will each receive a Hall of Fame ball cap and Sharpie markers suitable for autographs.  Individual reserve seating at tables is $125 per person and includes two drink tickets and serve-yourself game day chow. NFL Legends will mix and mingle with guests during the game.

General Admission standing/partial bench seating for the broadcast is priced at $75 per person.  Admission to the tailgate party is $25 per person. A silent auction will also take place, featuring a Hall of Fame 50th anniversary helmet, autographed by over sixteen Hall of Famers, along with other items.