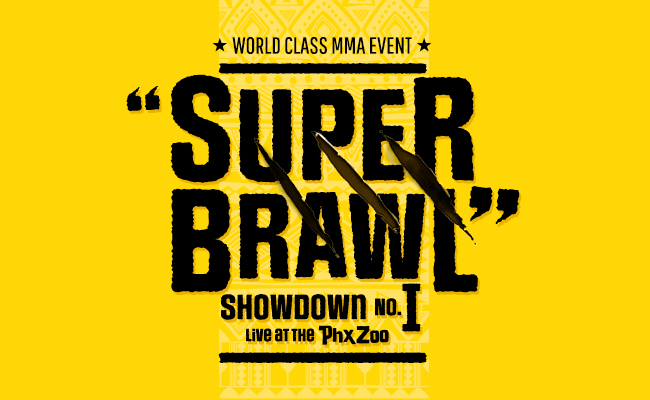 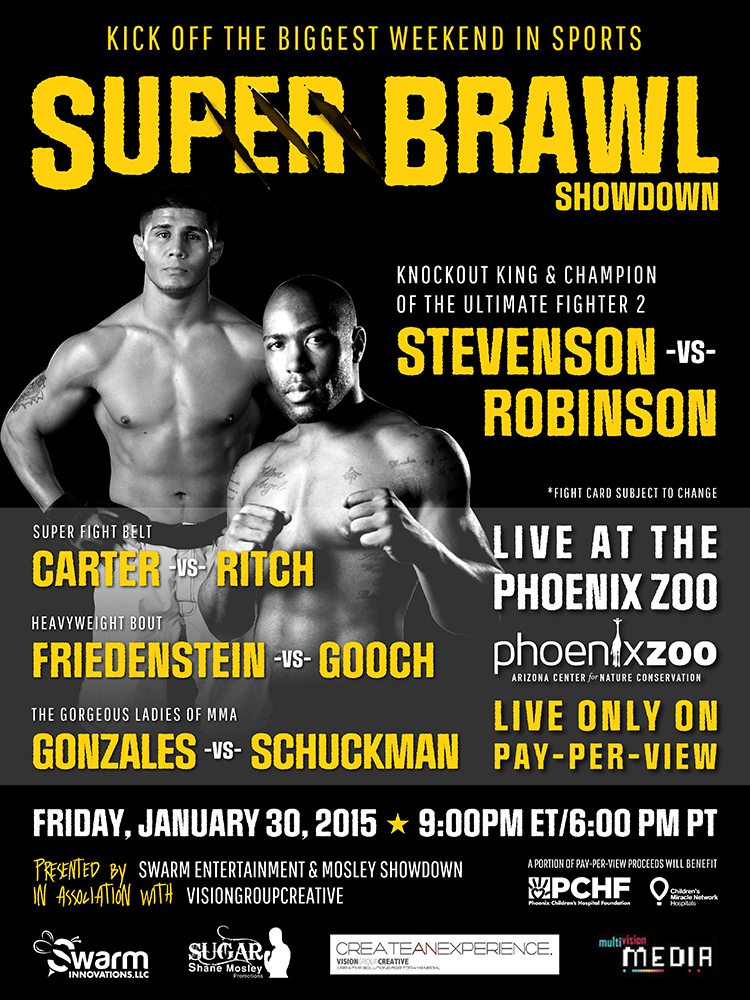 Swarm Entertainment in association with Mosley Showdown Promotions proudly present the world’s first: Super Brawl Showdown I. The website for the event looks amazing, and limited tickets are available here. Make sure you come out and support this one-of-a-kind event, and check out the cool Phoenix Zoo while you’re at it! Here is what we gathered from the promoter’s website:

On the eve of the biggest weekend in sports, this VIP level event will feature an exciting evening of world-class MMA title bouts and a mega-party with all the red-carpet, pro-athlete and celebrity action one can expect from a national broadcast event – live from the biggest weekend in American Sports. The promoters invite you to experience an unforgettable night of non-stop, heart pounding action. NFL alumni and celebrities in town for the big game will watch ringside. For one night only, the grounds of the famous Phoenix Zoo become the battleground for some of the biggest names in MMA as they take to the hexagon under the stars. Feel the thunder of these fighters as lions and tigers roar in the background as our A-list celebrities party like animals.

According to the ticketing page: “Ticket includes: Half Hour Pre Party starting at 6:30, Open Bar during the event, Mingle with Celebrity A listers and current and former professional athletes while enjoying ten action packed professional MMA sanctioned bouts including a championship match.”

The event features entertainers and an after party from 10pm-Midnight. Appearing are DJ Xenia Ghali, Emily Brennan, and Just Seconds Apart