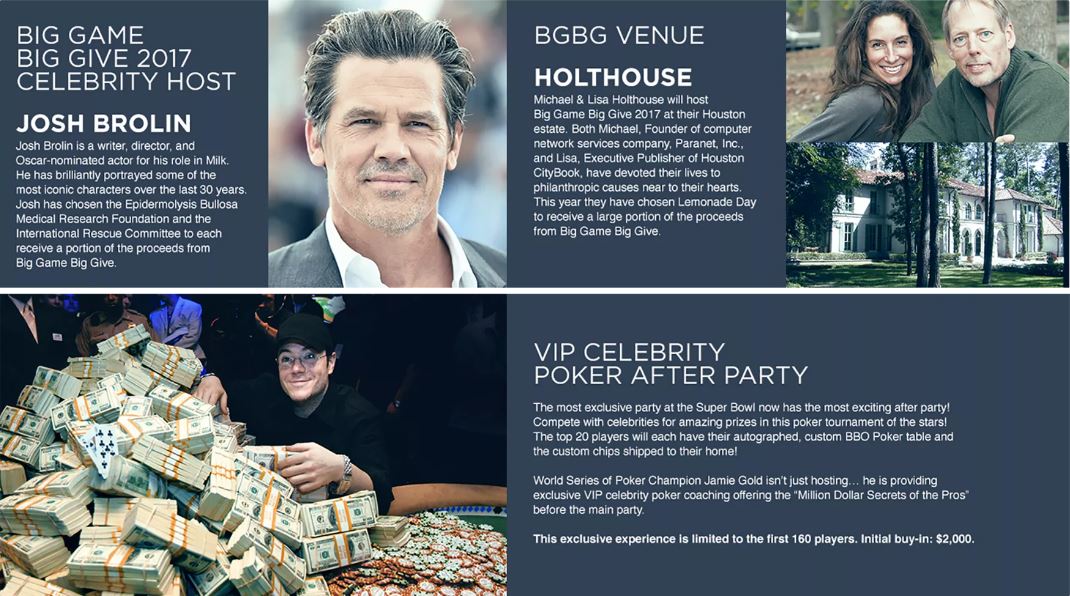 The Giving Back Fund recently announced its 8th Annual Big Game Big Give charity event on Super Bowl Saturday Night, February 4, 2017. The event will be held at the Houston estate of Michael & Lisa Holthouse. After setting Super Bowl fundraising records in 2015 and 2016, organizers are bringing this award-winning event to Houston to set a new record in 2017.

Big Game Big Give 2017 Houston Super Bowl Party: Super Sunday HQ has attended this event multiple times in the past, and it is extremely well-planned, with amazing décor and food and drink offerings. 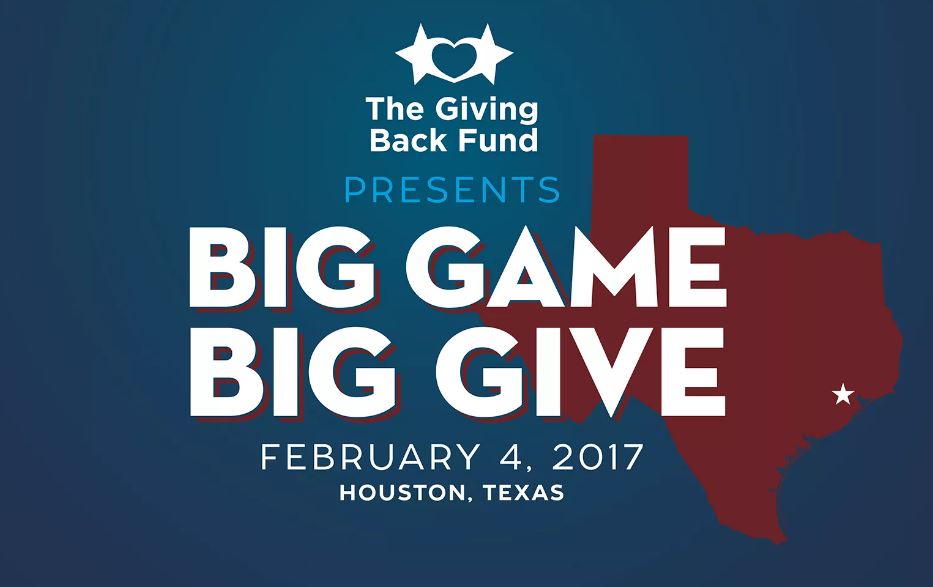 Big Game Big Give 2017 Houston Super Bowl Party VIP Celebrity Poker After Party: Compete with celebrities for amazing prizes in this poker tournament of stars! The top 20 players will each have their autographed, custom BBO Poker table and the custom chips shipped to their home. World Series of Poker Champion Jamie Gold isn’t just hosting…he is providing exclusive VIP celebrity poker coaching offering the “Million Dollar Secrets of the Pros” before the main party.This exclusive experience is limited to the first 160 players. Initial buy-in: $2,000. Sponsorships start at $50,000. For tickets email: BGBGtickets@givingback.org . In the past, these went for $2,500 each and up.