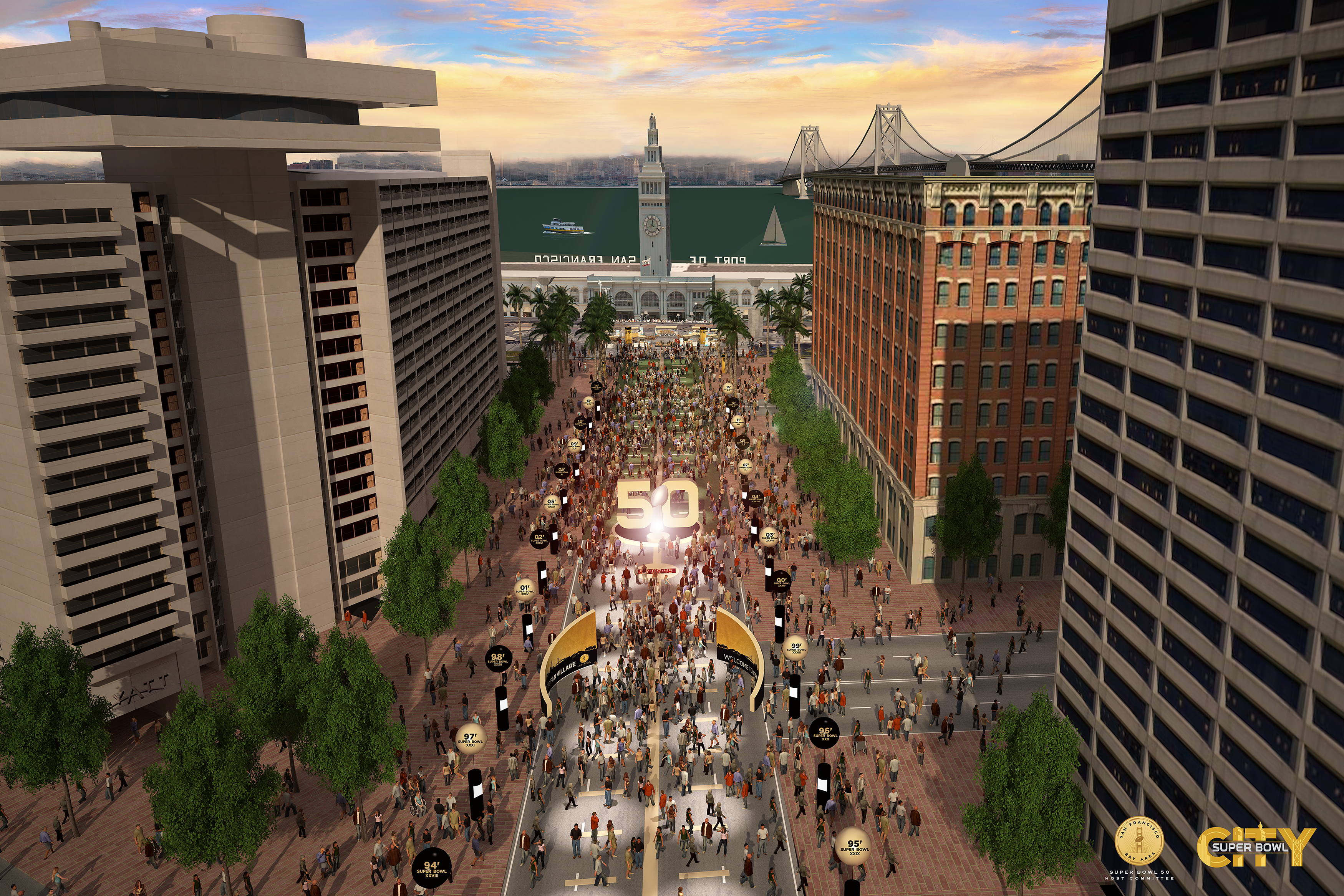 As part of its partnership, the Levi’s® brand will be the presenting sponsor of the Host Committee’s main entertainment stage – The City Stage presented by Levi’s® – which will be one of the featured destinations of Super Bowl City. The City Stage will showcase a wide variety of free live musical, cultural and performing arts entertainers. Fifteen-time Grammy Award winning superstar Alicia Keys will headline and close out the festivities on Saturday, February 6th. Additional performers and the stage schedule will be announced in the coming weeks. Super Bowl City is being designed to showcase the best the Bay Area has to offer, with interactive games and activities that highlight the region’s technological prowess, culinary excellence and cultural diversity.

“With Levi’s® partnership, we’re thrilled to be able to work with a company that has such a deep connection to the Bay Area and its values of innovation and generosity of spirit, ” said Keith Bruce, CEO of the Super Bowl 50 Host Committee. “Together, we look forward to providing our Super Bowl City guests with unique, engaging experiences that are right in style with the milestone Super Bowl 50.”

Levi Strauss & Co. announced today that the iconic Bay Area company will be an official founding legacy partner of the San Francisco Bay Area Super Bowl 50 Host Committee. As naming rights sponsor of Levi’s® Stadium, the site of Super Bowl 50 in Santa Clara, the Levi’s® team will work with the Host Committee to help bring football fans a variety of exciting experiences – from live music to interactive events – throughout Super Bowl Week. The Levi’s® brand will also draw on its history of outfitting fans by releasing a limited edition Super Bowl 50 Collection, available for purchase in limited quantities during Super Bowl week, exclusively.

“As a company born and raised in San Francisco, we’re excited to partner with the Super Bowl 50 Host Committee to bring this momentous event to our home turf,” said Chip Bergh, President & Chief Executive Officer of Levi Strauss & Co. “We’ve been dressing fans for game day for 50 years and expect Super Bowl 50 to be an epic highlight. We look forward to providing fans around the world and visitors to the Bay an unforgettable experience.”

The Levi’s® X 49ers Collection first launched at the start of the 2014-15 NFL season with a collection of team apparel designed to pay homage to the San Francisco 49ers’ inaugural season in Levi’s® Stadium. This fall, the Levi’s® NFL Collection was expanded to include six additional teams (Chicago Bears, Denver Broncos, Green Bay Packers, New England Patriots, New York Giants and New York Jets) to give more fans a chance to support their favorite team.

As Super Bowl 50 approaches, the Levi’s® brand will announce additional activities and experiences available to fans.