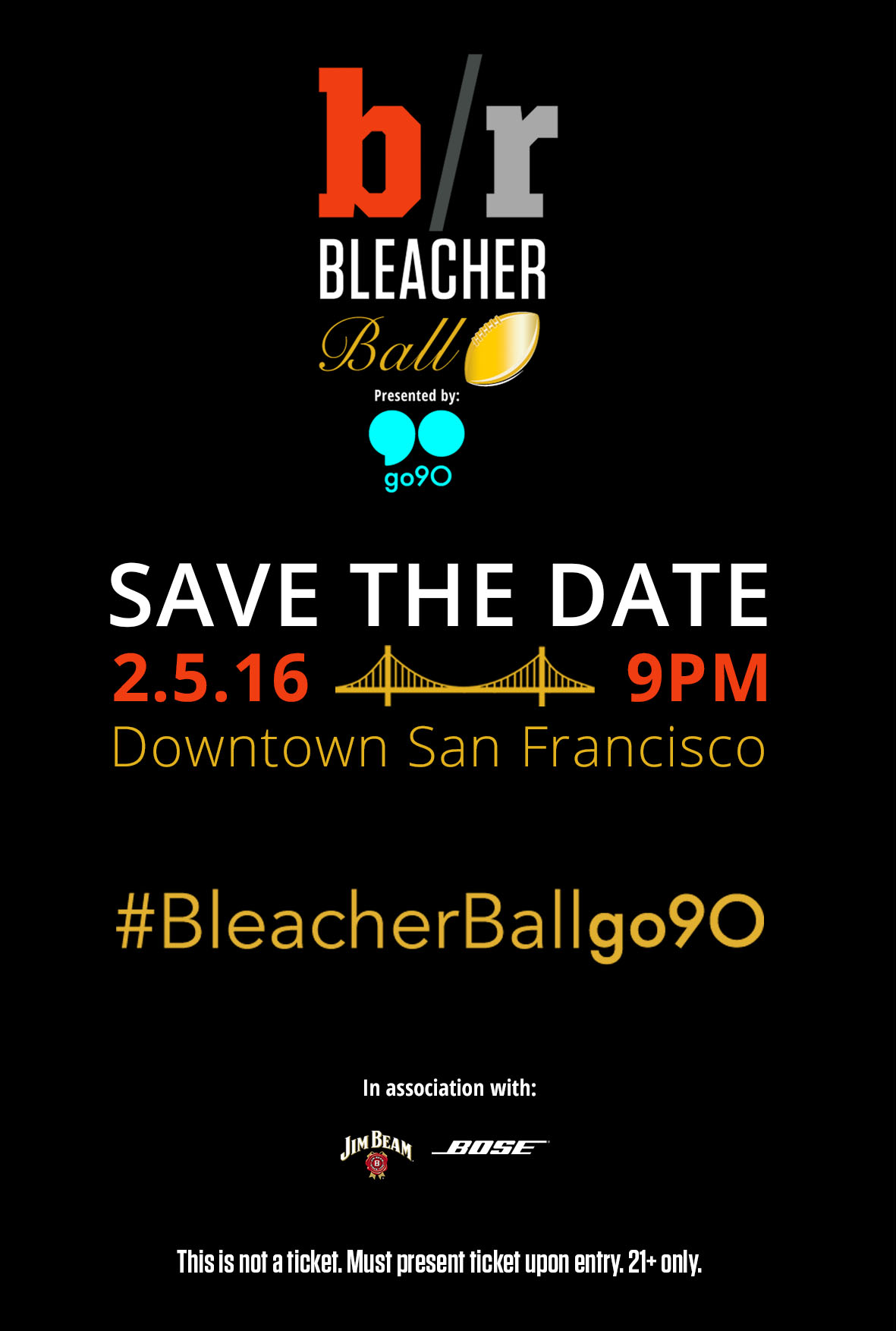 The countdown to Super Bowl 50 will include an exclusive party hosted by Bleacher Report, featuring a live performance by the Grammy Award®-winning Zac Brown Band.  The invitation-only “Bleacher Ball” will be held Friday, February 5, at 9 p.m. PST at Mezzanine in San Francisco.

Presented by go90™ and in association with Bose and Jim Beam® Bourbon, the “Bleacher Ball” will provide a platform to highlight America’s veterans with the Iraq and Afghanistan Veterans of America (IAVA) joining as the night’s beneficiary.  Jim Beam® will present the organization with a monetary donation on site. Local veterans in attendance will also escort some of the celebrity guests down the red carpet and attend the party as special guests. go90 is a free mobile video app delivering the best of live sports, live music, news, original series and more. To access go90, simply download the app via the App Store or Google Play.The “Bleacher Ball” is restricted to adults at least 21 years of age.

Bleacher Report is the social voice of sports – creating and collaborating on the culture of sports for the next generation of fans. Its vision for making sports bigger than games has led to unmatched engagement on social media, where it consistently ranks as the No. 1 publisher. Bleacher Report also provides an industry-leading fan experience on mobile devices through Team Stream™, the top-rated smartphone and tablet app. Find Bleacher Report on the web at www.bleacherreport.com and on Instagram @BleacherReport. Bleacher Report is a division of Turner Sports.

Three-time GRAMMY winners and multi-platinum artists Zac Brown Band have become one of music’s most heralded acts.  Their latest gold-certified album JEKYLL + HYDE, out now on Southern Ground Artists/John Varvatos Records/Big Machine Label Group/Republic Records, marks the band’s third consecutive #1 debut on the Billboard 200 chart. Together with their three platinum-selling albums, Uncaged, You Get What You Give, and The Foundation, and their 2013 project The Grohl Sessions Vol. 1, the band has sold over eight million albums to date.  On the radio, the band has earned a historic series of fourteen #1 hit radio singles and became only the second artist to top both the country and active rock formats. This year alone, “Homegrown”, the band’s first single off of JEKYLL + HYDE, earned the title of the “No. 1 most-heard song of 2015” according to Mediabase. Zac Brown Band recently wrapped their largest North American Stadium Tour to date, which included two history making performances – a first ever sold-out, three-night run at Fenway Park, and the first-ever concert at Coors Field along with performances at Wrigley Field, Nationals Park, Citi Field, Comerica Park and Citizen’s Bank Park. Zac Brown Band is managed by ROAR, a Beverly Hills-based artist and brand management company. The band is also represented by CAA, public relations firm Shore Fire Media and strategic digital marketing agency Girlilla Marketing. Additional information can be found at http://www.zacbrownband.com/.

go90 is a free, mobile-first, social entertainment platform that makes it easy and fun to discover, enjoy and share great content. Available on iOS and Android, go90 is part of the Verizon Communications family of companies. Built for the next generation, go90 brings together networks, distributors, creators, audiences and brands to deliver great experiences for the next generation. For more check out go90.com

Iraq and Afghanistan Veterans of America (www.IAVA.org) is the leading Post-9/11 veteran empowerment organization (VEO) with the most diverse and rapidly growing membership in America. As a non-profit founded in 2004, IAVA’s mission is to connect, unite and empower Post-9/11 veterans. Celebrating its 11th year anniversary, IAVA has connected more than 1.2 million veterans with resources and community, and provided more than 5,000 veterans with personalized support from IAVA’s Master’s level social workers.

Daina Falk, or as she is better known by her moniker, “The Hungry Fan” is a celebrity chef, TV personality and game day expert. Falk is the daughter of sports agent, David Falk, and grew up around sports and extraordinary professional athletes. Combining her genuine, life-long interest in and enthusiasm for sports, Daina launched a media career in 2011, covering major sporting events such as the 2012 Summer Olympic Games and multiple Super Bowls for a variety of major networks. Utilizing her culinary training and flair for game day food, Daina simultaneously began a career as a celebrity chef, doing in-person appearances and television cooking demos for NFL teams and such shows as NBC’s The Today Show and Late Night with Seth Meyers. Daina’s first cookbook (with Time Inc.) hits bookstores in August, 2016 and she begins a nationwide media tour to promote the book in April, 2016.